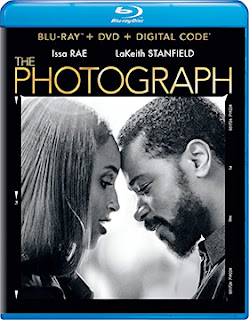 Universal Pictures Home Entertainment will be moving writer/director Stella Meghie’s romantic drama, The Photograph, from theatrical venues to the home entertainment packaged media marketplace on May 12.

The ARR works out to 88 days and domestic box office revenues topped out at $20.6 million.

Co-starring Issa Rae (Little, The Hate U Give) and Lakeith Stanfield (Selma, Straight Outta Compton, Get Out, etc.), The Photograph will be available as both DVD and Blu-ray/DVD Combo Pack selections.

As to bonus features, there are a trio of featurettes — “Shooting The Photograph,” “Culture in Film” and “The Film Through Photographs.”