Arrow Video Selects Mar. 16 For The Blu-ray Debut Of The Invisible Man Appears 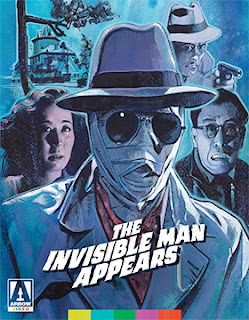 Arrow Video, with domestic sales and distribution expertise provided by MVD Entertainment Group, has locked into Mar. 16 as the street date for one of the coolest “old school” sci-fi flicks to be released on Blu-ray.   Yes flicks, plural … a double-feature!!

The double-bill in question is the Japanese filmmaking team of Nobou Adachi and Shigehiro Fukushima’s 1949 — yes, you read that right, 1949 — sci-fi tale, The Invisible Man Appears, which is teamed with director Mitsuo Murayama’s 1957 follow-up, The Invisible Man Vs. The Human Fly.

Japan is still in ruins, the America occupation is in its third year, troubles are brewing in China and Korea and there it is, a sci-fi film for domestic audiences … we are still a few years away from director Ishirô Honda’s Godzilla (Gojira), which introduced American audiences to Japanese cinema (not arthouse cinema, mind you).

The Invisible Man Appears is, technically-speaking, a pretty slick little number for its time.   There are scientists working on a drug to make human invisible, a love-triangle, a jewel heist, murder and more.   It is a competent story and something of a commentary on the state of Japan at the time, but the real importance of the film is its timing and precedes Godzilla by a good five years.

Both films are presented in Japanese with English subtitles … the only bonus feature is the featurette titled “Transparent Terrors,” featuring critic and writter Kim Newman. 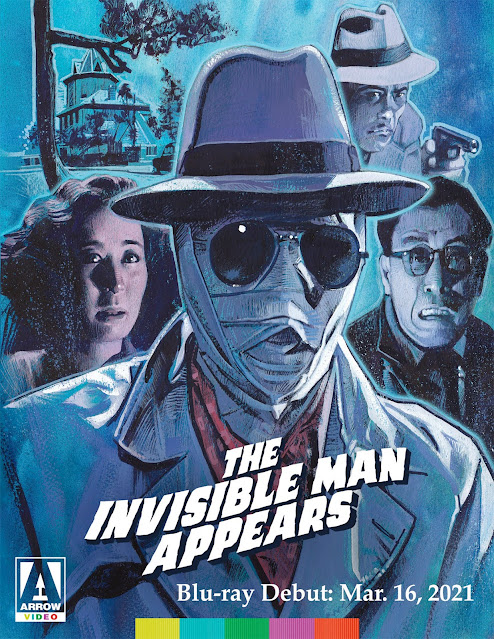 Email ThisBlogThis!Share to TwitterShare to FacebookShare to Pinterest
Labels: Arrow Video Selects Mar. 16 For The Blu-ray Debut Of The Invisible Man Appears