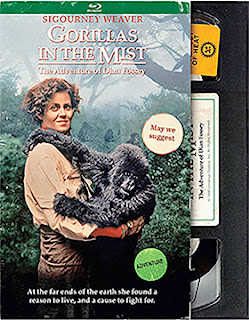 Word arrived this past week from Mill Creek Entertainment that four new priced-to-collect Blu-ray releases will be ready on Mar. 9 as part of the company’s popular Retro VHS Blu-ray promotional line of products.

Topping the list is the late Michael Apted’s 1988 biopic, Gorillas in the Mist, starring Sigourney Weaver as primatologist Dian Fossey.

In 1983, Fossey wrote the best-selling novel, “Gorillas in the Mist,” and almost immediately there were attempts to transition the book to the screen.   After two years, the first production folded up shop.   Enter producer Arnold Glimcher, who traveled to Rwanda to meet with Fossey about resurrecting the project … just hours after their meeting she would be murdered.

For the next two years there would be competing interest trying to bring Fossey’s story to the screen, with her murder making it all the more important that her story be told.   Eventually, two studios, Universal and Warner Bros., would combine their efforts. 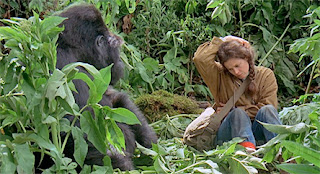 Who would portray Dian Fossey?   That was the big question.   Jane Fonda?  Vanessa Redgrave?   Diane Keaton?  Really, Diane Keaton?   Even Jessica Lange’s name surfaced in the trades as a possible candidate (after all, she was familiar with giant apes).   Sigourney Weaver got the part … ironically, 1988 would be a very good year for her, nominated as Best Actress for her performance in Gorillas in the Mist and also nominated Best Supporting Actress for Working Girl. 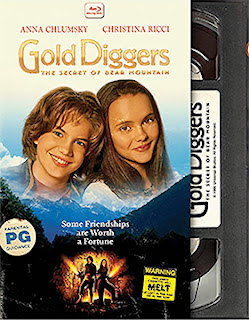 Also heading to Blu-ray from Mill Creek Entertainment on Mar. 9 is the double-feature of director Howard Zieff’s 1991 family-themed blockbuster, My Girl, starring Anna Chlumsky (the future six-time Emmy nominee for her role as Amy Brookheimer in the Veep television series) and Macaulay Culkin (who had just rocketed to stardom as Kevin in Home Alone).

The movie proved to be so successful that in 1994 filmmaker Howard Zieff and Anna Chlumsky (along with parents Dan Aykroyd and Jamie Lee Curtis) reunited for My Girl 2. 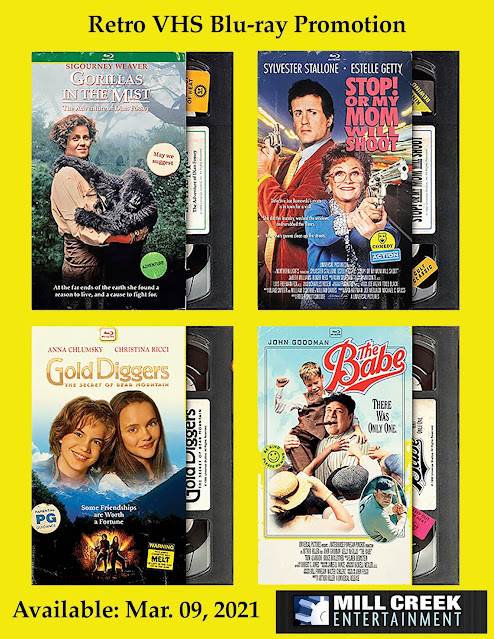