VCI Entertainment's The Basher Box Ready For DVD And Blu-ray Launch On Apr. 13 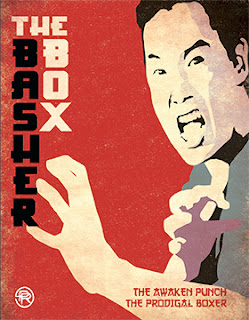 VCI Entertainment announced this past week that two classic chop-socky (martial arts, kung fu … ) action flicks from the 1970s — the “Golden Age” for Kung-Fu fighting and the like — will be heading home as both DVD and Blu-ray product offerings in The Basher: Box Set.  The street date is Apr. 13.

Getting a 4K film restoration (from the 35mm inter-positive print) is writer/director Lung-Hsiang Fang’s 1973 (1975 domestic) film release of The Awaken Punch (aka: The Fury of the Black Belt; aka: Village on Fire), which is teamed with a new 4K transfer (from the 35mm negative) of director Yang-Ming Tsai’s 1972 (1974 domestic) film release The Prodigal Boxer (aka: Kung Fu: The Punch of Death).

Speaking as someone who ran theatres that pulled in some pretty nice numbers from this type of genre, you simply could not get enough them during the mid-70s.  Once Billy Jack, Enter the Dragon and Fist of Fury (aka: The Chinese Connection) hit box office gold, film distributors flocked to Hong Kong and grabbed up everything being produced.   Dubbed, re-titled (often again and again), the grind houses of the time saw a steady flow of such films.

These two films are prime examples of what was showcased theatrically during this golden period.

Bonus goodies include commentary on The Prodigal Boxer with actor/director Michael Worth and Clones Cast/Cinema Bushido host Matthew Whittaker, plus there is the featurette titled “Creative Chaos: The Basher Genre,” which features Michael Worth and action choreographer John Kreng. 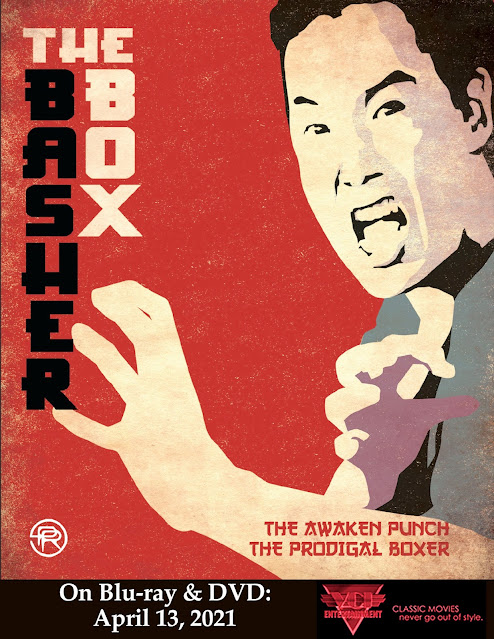 Email ThisBlogThis!Share to TwitterShare to FacebookShare to Pinterest
Labels: VCI Entertainment's The Basher Box Ready For DVD And Blu-ray Launch On Apr. 13