Icarus Films To Release Director Marc Allegret's Landmark Travels In The Congo On DVD On Feb. 09 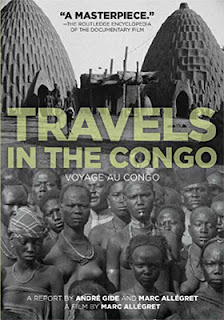 Allégret would become a prolific director, not only developing talent, but mentored Roger Vadim as his assistant director beginning in 1948.   Although his career spanned some 40 years and over 50 film credits, he began his trade quite by accident when he teamed with his then lover, French writer André Gide (who would go on to with the Nobel Prize in 1947), for a ten-month odyssey of the Congo.

He filmed what they experienced (learning as he went), capturing a time and a place that would shift dramatically “between the wars.”   World War I turned the various European powers focus away from their colonial pursuits and World War II brought an end to it.

Africa had been carved up during the age of exploration for its natural resources, this process also brought, roads, technology, medicine, commerce and organization to the newly-formed tribal-based nations.  Allégret and Gide could see the seeds of long-term poverty and colonial neglect already in the works, with Allégret filming it (not as a travel adventure, but as documentary of what he saw and experienced) and Gide would end up publishing a book on the subject. 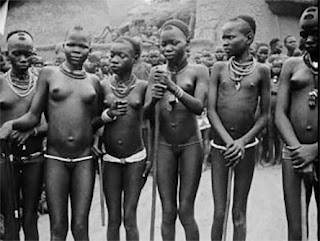 One of those crazy footnotes to history is that Allégret and Gide would remain good friends until Gide’s death in 1951, but Allégret’s experiences, legend has it, with the women of the Congo changed his outlook on his sexual orientation … he would later marry French starlet Nadine Vogel.

Icarus Films will be bringing this interesting film to DVD on Feb. 9, which includes a newly-prepared musical score by composer Mauro Coceano.   There are English subtitles included here. 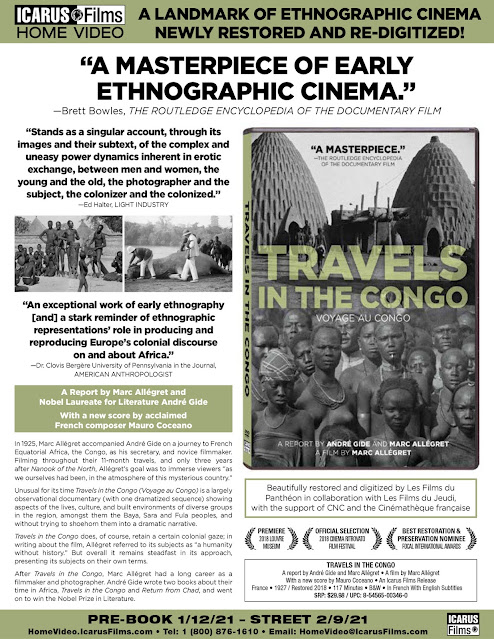 Email ThisBlogThis!Share to TwitterShare to FacebookShare to Pinterest
Labels: Icarus Films To Release Director Marc Allegret's Landmark Travels In The Congo On DVD On Feb. 09