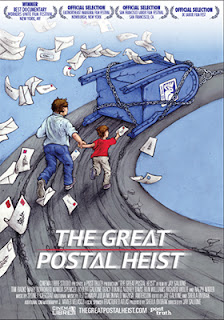 Throughout time we have harkened to the creed of the Unites States Postal Service, “Neither snow nor rain nor heat nor gloom of night stays these couriers from the swift completion of their appointed rounds.”  The post office, the mail carrier, the letters, post cards and more have been a part of our daily life since the Constitution was enacted.

This is changing and first-time documentary filmmaker Jay Galione’s The Great Postal Heist lays bare the political manipulation and corruption that has mutated a national treasure to a play thing for the rich, powerful and those forces that would use the institution for their benefit and to the detriment of those who work for the Unites State Postal Service.

Cinema Libre announced this past week that Galione’s award-winning — and very personal film — will be available on DVD on Jan. 25.

Jay Galione didn’t start out to be a filmmaker (a film editor, a technician), but it seemed like the thing to do; the right medium to tell his father’s story.   Galione, the son of a 30-year career postal worker, felt that the injustice done to his father, and others, needed to be told.

During a cross-country odyssey, from San Diego and Phoenix in the west, to Florida, New York … to the very heart of the country’s capital and beyond, Galione interviewed the people who have worked for the post office their entire lives, the experts and more to expose a place that has gone from being one of service to a place that is toxic and corrupt. 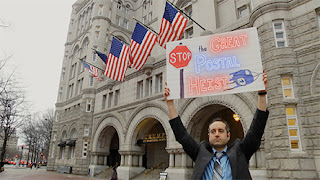 Sure, you’ve heard that the internet is killing the traditional postal service.   Galione exposes that as a convenient myth.   The forces that are “destroying” the United States Postal Service as we have traditionally known it are corporate interests and Congressional corruption.   If money is changing hands, those involved could care less about the employees or the Constitution.

Unless you were able to catch a screening at either special events, festival screenings or at your local arthouse venue, your best opportunity will be on Jan. 25 with the DVD debut from Cinema Libre. 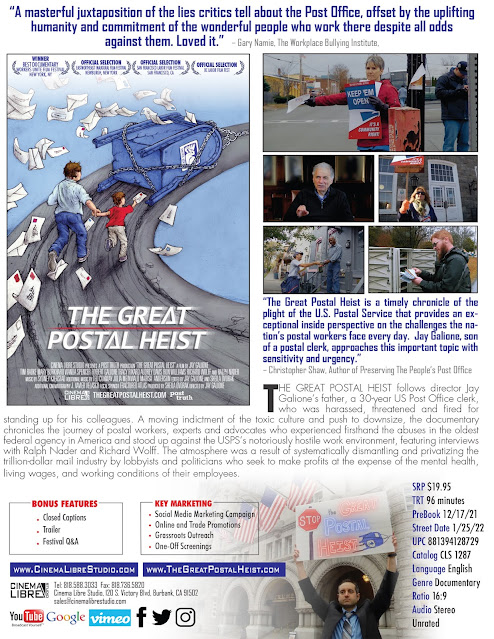