Nozomi Entertainment Selects Jan. 11 For THe Blu-ray Release Of El-Hazard: The Alternate World 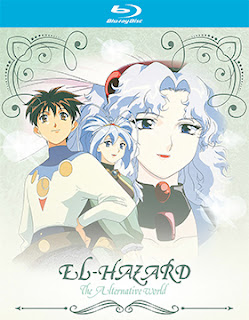 Nozomi Entertainment, with domestic sales and distribution expertise provided by Bayview Entertainment, looks to the New Year for the double-disc Blu-ray launch of El-Hazard: The Alternative World.

All 12 episodes of director Yasushito Kikuchi’s other-world adventure will be available on Blu-ray this coming Jan. 11 from Nozomi Entertainment.

Things seem peaceful, even festive as the new Princess of Water, the youngest ever from Mount Muldoon, who has come to replace Miz Mishtal, who has married Mr. Fujisawa.    But during her “induction” ceremony, the mysterious Arjah appears and presto, everyone is transported to the alternate, and very dreary, world of Creteria.

Here they discover the tyrant Dall Narciss, who rules with an iron fist.   The struggle is to find the way out, especially when they learn that Spring is not happening and their world is dying.   The key to their salvation is an ancient artifact known as the “Spring of Life.”   Tick tock … tick tock … time is running out. 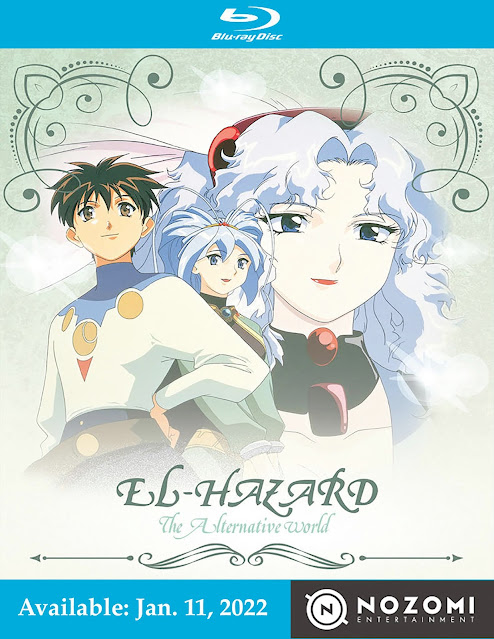 Email ThisBlogThis!Share to TwitterShare to FacebookShare to Pinterest
Labels: Nozomi Entertainment Selects Jan. 11 For THe Blu-ray Release Of El-Hazard: The Alternate World