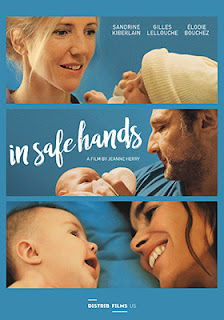 Icarus Films rang in the New Year (literally) with the end-of-2019 release announcement for the Distrib Films’ domestic DVD debut of actress-turned-director Jeanne Herry’s Cesar Awards’ nominee for Best Picture, In Safe Hands.  The street date will be Feb. 25.

In Safe Hands began working the film festival circuit during the summer of 2018 and then opened theatrically in France during the Christmas season of the same year.   That qualified the film for Cesar Awards consideration (the French equivalent of our Oscars) and it cleaned up, which is very impressive when you consider that In Safe Hands is only Herry’s second feature film.

She was not only nominated for Best Director, but her film was nominated Best Picture, plus Best Actress nods went to both Sandrine Kiberlain (her ninth nomination, with wins for 9-Month Stretch and To Have (or Not)) and Élodie Bouchez (her third Cesar Award nomination, with wins for both The Dreamlife of Angels and Wild Reeds) and a Best Actor nomination was in the cards for Gilles Lellouche as well, who found himself competing with Jeanne Herry in both the Best Picture and Best Director category for his film, Sink or Swim.

Of note, In Safe Hands had an ever-so-brief arthouse run this past July and arrives on DVD with an ARR of 214 days. 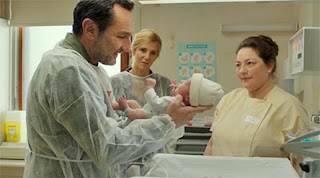 Little Theo is a newborn, just one day old, when his mother decides that the little guy needs someone other than her to raise him.   In France they have a law where the mother can do just that, put the child up for adoption and then clock starts ticking … two months to change her mind.

First in line is Alice (Élodie Bouchez), who has been trying to adopt a child for something like ten years … she is now 41 and the clock is ticking for her as well.  When she first found out that she could not have children of her own, her and her husband got on the list (we see this in flashbacks) … he has since moved on and she has reached the front of the line, will a single mom even considered?

Before this can be finalized, Karine (Sandrine Kiberlain), the social in charge of the case goes down the list of qualified foster care providers and picks Jean (Gilles Lellouche), who — as we learn — came up through the foster care system himself.

Bureaucracy, paperwork, emotion and tick tock of time … will events conspire against Alice.   Will Theo find a loving home?   In Safe Hands show the system at work … and the emotions of the people who find themselves caught up in it.

In Safe Hands is presented in French with English subtitles. 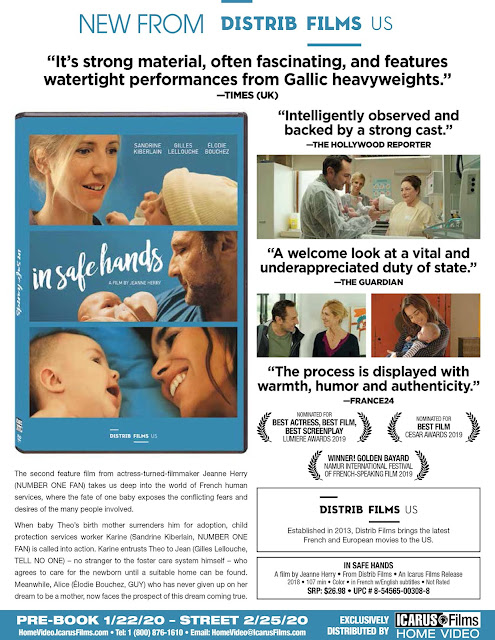