Writer/Director Nicole Conn's More Beautiful For Having Been Broken Arrives On DVD On Apr. 7 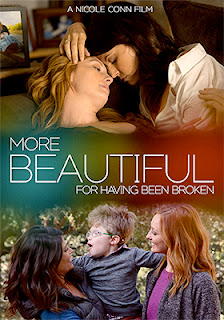 Writer/director Nicole Conn’s More Beautiful for Having Been Broken, a heartfelt tale about how love and tenderness can connect people in unexpected ways, will be making its DVD debut courtesy of Wolfe on Apr. 7.

The film opened at Frameline in July of last year and has been working the festival circuit ever since.  Indeed, the Women’s Worldwide Film Festival in Scottsdale is locked in for Feb. 8 and the Mardi Gras Film Festival in Sydney, Australia follows on Feb. 18.

It is the sort of film that could easily tour for an entire year and more … audiences love it and the reviews have been solid.   But you would expect that from filmmaker Nicole Conn, who has been at this for something like 25 years.   Her Little Man documentary was not a multi-festival award-winner, but a film that would have you laughing and crying at the same moment … she’s that good.

It is important to note that More Beautiful for Having Been Broken is drawn from Conn’s own experiences as documented in the aforementioned Little Man.   With that said, her latest film is not, repeat not, one of those “disease of the week” weepers, but instead a well-told story that never goes quite where you expect it, which is a good thing. 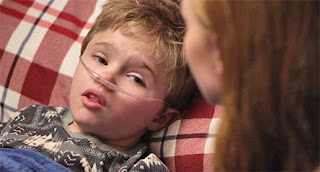 FBI agent “Max” (McKenzie) De Ridder (Zoe Ventoura — as Melissa in the Aussie television series Packed to the Rafters) is having a tough time.  Her mother, who was her support and mentor, has died and her career is in jeopardy over some questionable decisions.   Without getting into the details, she has to ride out a 90 day suspension and use the time to get her act together.

She retreats to a place she once visited with her mother and happens upon a small-framed kid named Freddie (Cale Ferrin), a “special needs” child suffering from Fanconi Anemia.   They connect … and we quickly learn that he is anything but “special needs.”   He’s a trooper; a force of nature … funny and yet fragile. 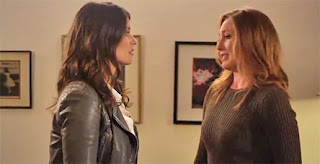 We will meet his frosty mother, Samantha (Kayla Radomski — a dancer at heart, she has appeared in such films as Once Upon a Time … In Hollywood, Footloose and was the dance-off robot in Passengers).

Conflict, white lies, and tension … all give way to friendship and affection, but there is a clock ticking, not only for little Freddie, but for Max and her past.

More Beautiful for Having Been Broken is a solid indie film, great cast (including veterans Bruce Davison, French Stewart and Kay Lenz) and wonderful script from Nicole Conn. 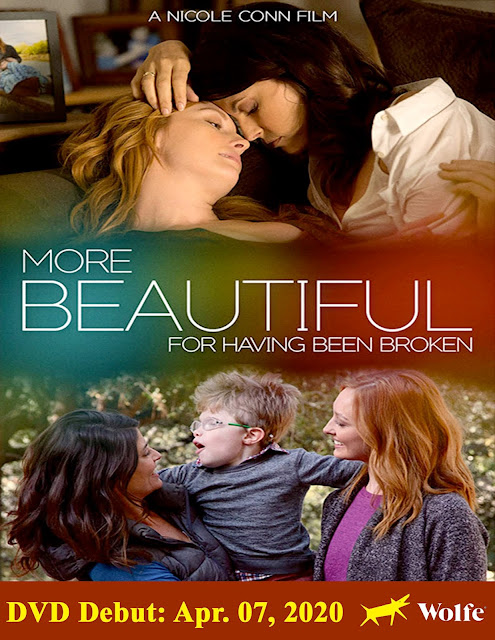 Email ThisBlogThis!Share to TwitterShare to FacebookShare to Pinterest
Labels: Writer/Director Nicole Conn's More Beautiful For Having Been Broken Arrives On DVD On Apr. 7