Paramount Home Media's Playing With Fire Arrives On DVD And Blu-ray On Feb. 4 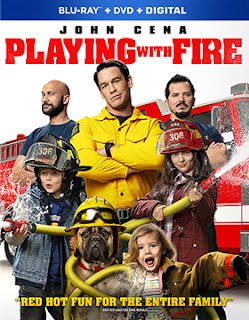 Paramount Home Media looks to Feb. 4 for the home entertainment packaged media launch of director Andy Fickman’s “fish out of water” comedy, Playing With Fire, starring John Cena as an outmatched smokejumper in this family-friendly film.

The ARR is 88 days and this Thanksgiving season theatrical entry pulled in an impressive $43.7 million.

Planned for release are a Blu-ray/DVD Combo Pack edition as well as a stand-alone DVD product offering.

Jake Carson (John Cena — Daddy’s Home, Blockers, Trainwreck, etc.) is the leader of a group of manly-man “smokejumpers” (fire fighters) — in a remote area of California (Burnaby, British Columbia was the actual shooting location) —who suddenly find themselves responsible for a trio of kids that they’ve rescued from a burning cabin.

The crew is way, way out of their element as they are faced with a surly teenager, Brynn (Brianna Hildebrand — Deadpool and Deadpool 2), and her younger siblings, Will (Christian Convery) and cute-as-a-button Zoey (Finley Rose Slater in her screen debut).   These trouble-packing kids are to be watched over by Jake and his crew until help arrives.   Of course, help can’t arrive soon enough as chaos quickly ensues. 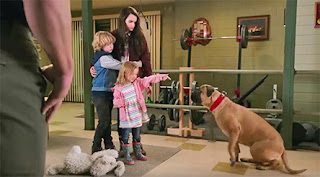 Meanwhile, a local research scientist, Amy (Judy Greer — 27 Dresses, Dawn of the Planet of the Apes, Jurassic World, Halloween, etc.), has a love-hate relationship with Jake (he’s always using her toad-protected water to fight fires) and is wise enough to avoid being saddled with taking over the supervision of the kids, which leaves Jake, Mark (Keegan-Michael Key — The Predator), Rodrigo (John Leguizamo) and the monstrous and “mute” Axe (Tyler Mane) to fend for themselves.   Suddenly fighting forest fires seems safe!!!

Bonus goodies include deleted scenes, a blooper reel, “Storytime with John Cena” and four featurettes — “Lighting Up the Laughs,” “The Director’s Diaries: Read by Star Cast,” “What it Means to be a Family” and “The Real Smokejumpers: This is Their Story.” 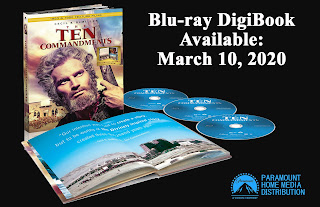 In other Blu-ray release news this week from Paramount Home Media, a three-disc DigiBook edition of director Cecil B. DeMille's two presentations of The Ten Commandments — the 1923 silent production (with Theodore Roberts as Moses and Charles de Rochefort as Rameses) and the 1956 Best Picture nominee (with Charlton Heston and Yul Brynner) — will be available on Mar. 10. 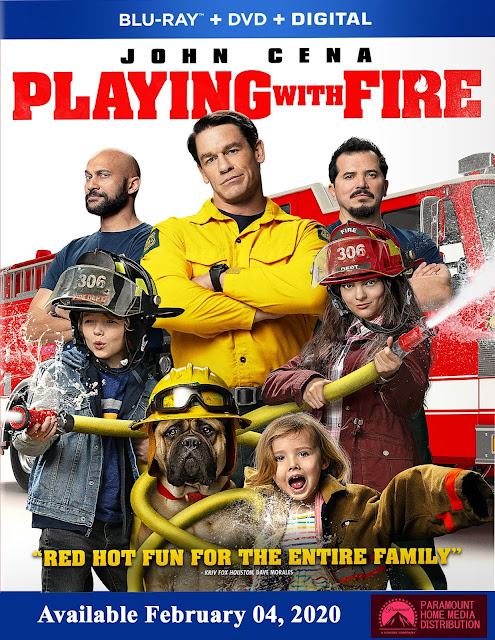 Email ThisBlogThis!Share to TwitterShare to FacebookShare to Pinterest
Labels: Paramount Home Media's Playing With Fire Arrives On DVD And Blu-ray On Feb. 4