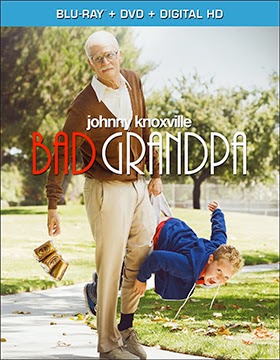 There are lessons to be learned — if one is so inclined to learn lessons — from the success and failure of certain films that were released theatrically during 2013.

For the sake of brevity, we will just focus on two of these films, both with tickets sales in the $85 to $100 million range.

Both films have established stars — with a proven track record of box office acceptance — in heavy makeup.

Both films feature the established star with a sidekick.

Both films were made as entertainment vehicles with no thought of winning awards.   Just make money and have fun doing it. 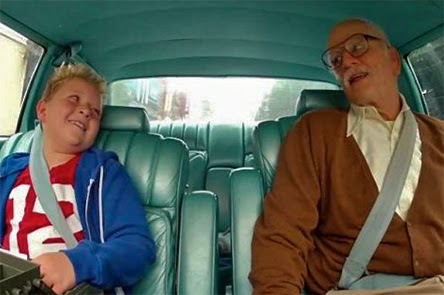 So each film had more or less the same components — recognizable name on the marquee, a sidekick (or buddy) and both were put into product as pure entertainment … let Nebraska, 12 Years a Slave, Captain Phillips and Gravity duke it out for all those prestigious awards.
The results are clear.   One film made oodles of money for its studio, while the other was a complete financial disaster (the stockholders should be asking questions).   One film is all but certain to win an award, while the other was simply entertaining and pleased its targeted audience (laughs aplenty!!!).

On the same day that Walt Disney Studios Home Entertainment dumped — without any fanfare — The Lone Ranger (this year’s front runner for the Razzie Award as worst picture of 2013) into the home entertainment market place (Dec. 17), Paramount Home Media Distribution announced, for delivery as both a Blu-ray/DVD Combo Pack edition and a stand-alone DVD product offering, director Jeff Tremaine’s Jackass Presents: Bad Grandpa. 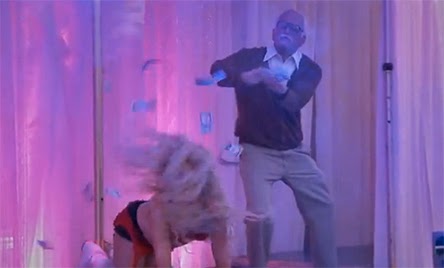 The street date is Jan. 28, which yields an ARR of just 95 days.  Ticket sales topped the $100 million dollar with $100.6 million (and still counting).   The Lone Ranger, on the other hand, grossed less than it cost to make — another write-off for that studio.

Bonus features, which are limited to the Blu-ray/DVD Combo Pack, include two viewing options (a theatrical cut and an unrated version), a behind-the-scenes featurette, deleted scenes and alternative reaction shots from those totally fooled by Irving and Billy.

Also added to the release calendar this past week is director David Lowell Rich’s long-overdue all-star disaster flick, The Horror at 37,000 Feet.   Street date for the DVD debut is Mar. 18.