Reaching For The Moon Makes Its DVD Debut From Wolfe Video On Feb. 11 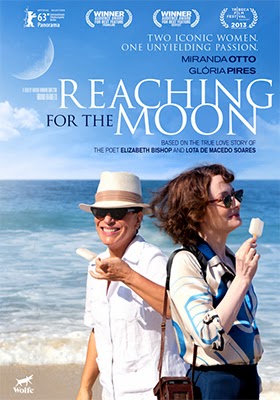 Director Bruno Barreto’s multi-award-winning biopic, Reaching for the Moon, will be heading to DVD from Wolfe Video on Feb. 11.

The film — after working the international festival circuit throughout early 2013 to terrific reviews and numerous awards — is now playing the domestic theatrical arthouse circuit.  The ARR works out to 95 days the current box office number is $45,502.

Based on the biographical novel by Brazilian Carmen L. Oliveira, Reaching for the Moon, details the love affair between American poet Elizabeth Bishop (Miranda Otto — as Eowyn in the Lord of the Rings film series, plus such films as War of the Worlds, Flight of the Phoenix, etc.) and famed Brazilian architect Lota de Macedo Soares (Glória Pires) during the 1950s and 60s.

In English and Portuguese, bonus features include a making-of featurette. 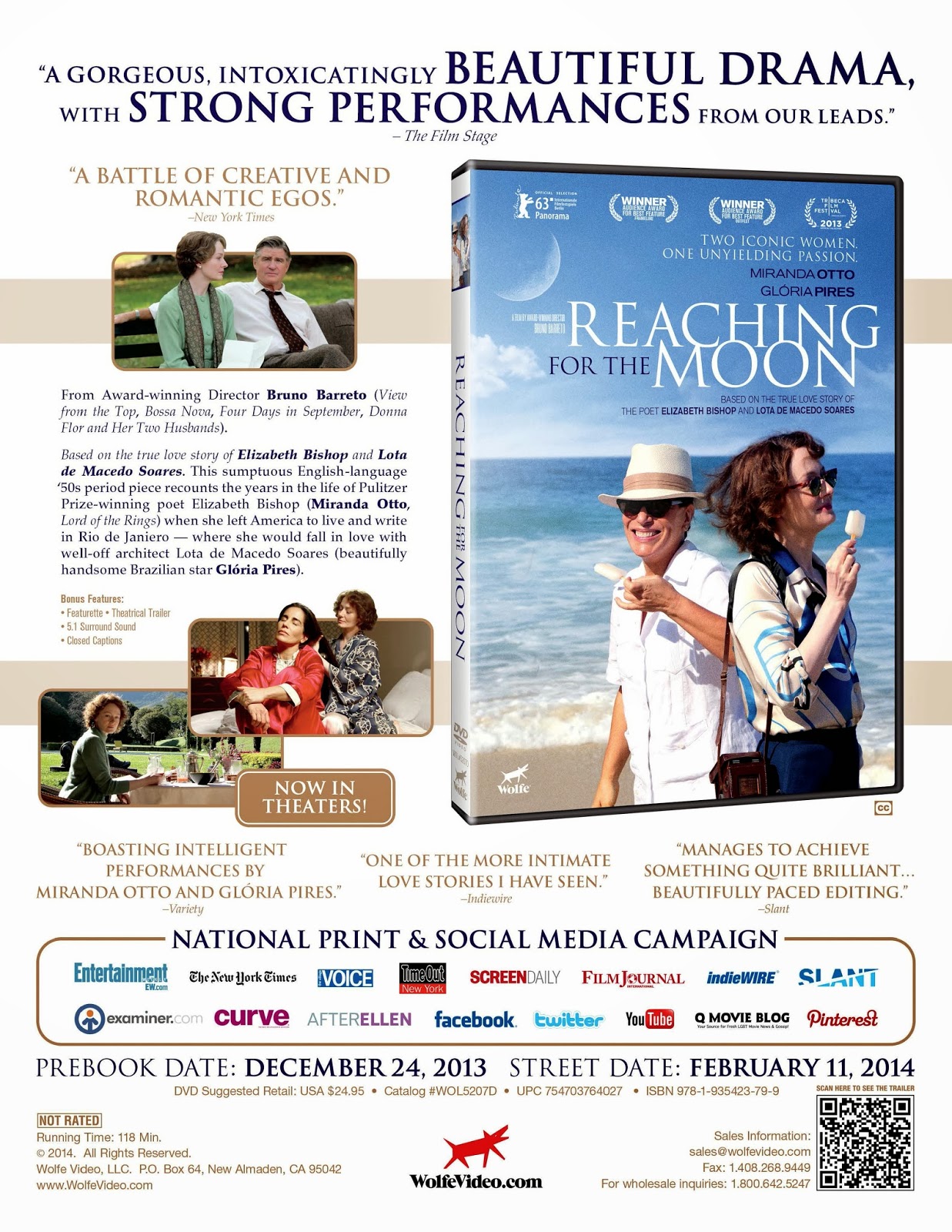 Email ThisBlogThis!Share to TwitterShare to FacebookShare to Pinterest
Labels: DVD and Blu-ray Release Report, Reaching For The Moon Makes Its DVD Debut From Wolfe Video On Feb. 11