Mad About Men Comedy Romp Heads To DVD From VCI Entertainment On Apr. 8 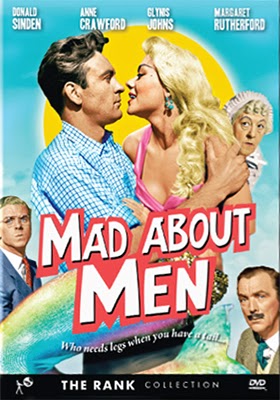 Two words: Gleynis Johns.   She returns as Miranda — the lovely, but oh so seductive mermaid from the 1948 film of the same title — on Apr. 8 when VCI Entertainment brings the DVD debut of director Ralph Thomas’ glorious Technicolor comedy, Mad About Men, to the home entertainment market place.

She pulls double-duty here as both the mermaid Miranda, who meets her look-alike “relative” Caroline, and in short order the two come up with a clever plan to switch places for a fortnight.   Caroline feigns an accident that will leave her wheel chair-bound (the blanket to disguise Miranda’s true features) and goes off on a bike trek to get away from it all.

With Miranda back among men, she wastes little time creating chaos.  Her first target is Caroline’s fiance Ronald (Peter Martyn), a dislikable public works bureaucrat, who has been dumping garbage into Miranda’s ocean.   She’ll fix that! 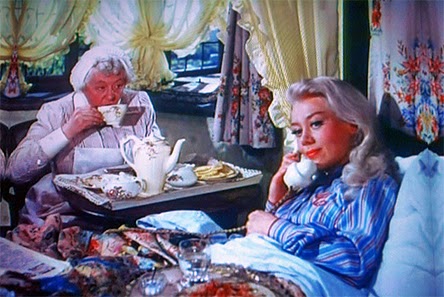 Once she gets rolling no man is safe.  Included in her flirtations is Colonel Barclay Sutton (Nicholas Phipps), the amore of the stuffy Barbara (Anne Crawford), who begins plotting an elaborate revenge on “Caroline” (that is sure to backfire).   Jeff (Donald Sinden) also becomes a target, which drives Ronald, who can’t figure what has gone wrong with his marriage plans, absolutely crazy.

Mad About Men is a terrific comedy, with a nifty twist ending — not to be revealed here — plus the iconic “Miss Marple,” Margaret Rutherford is on hand in a key comedic role. 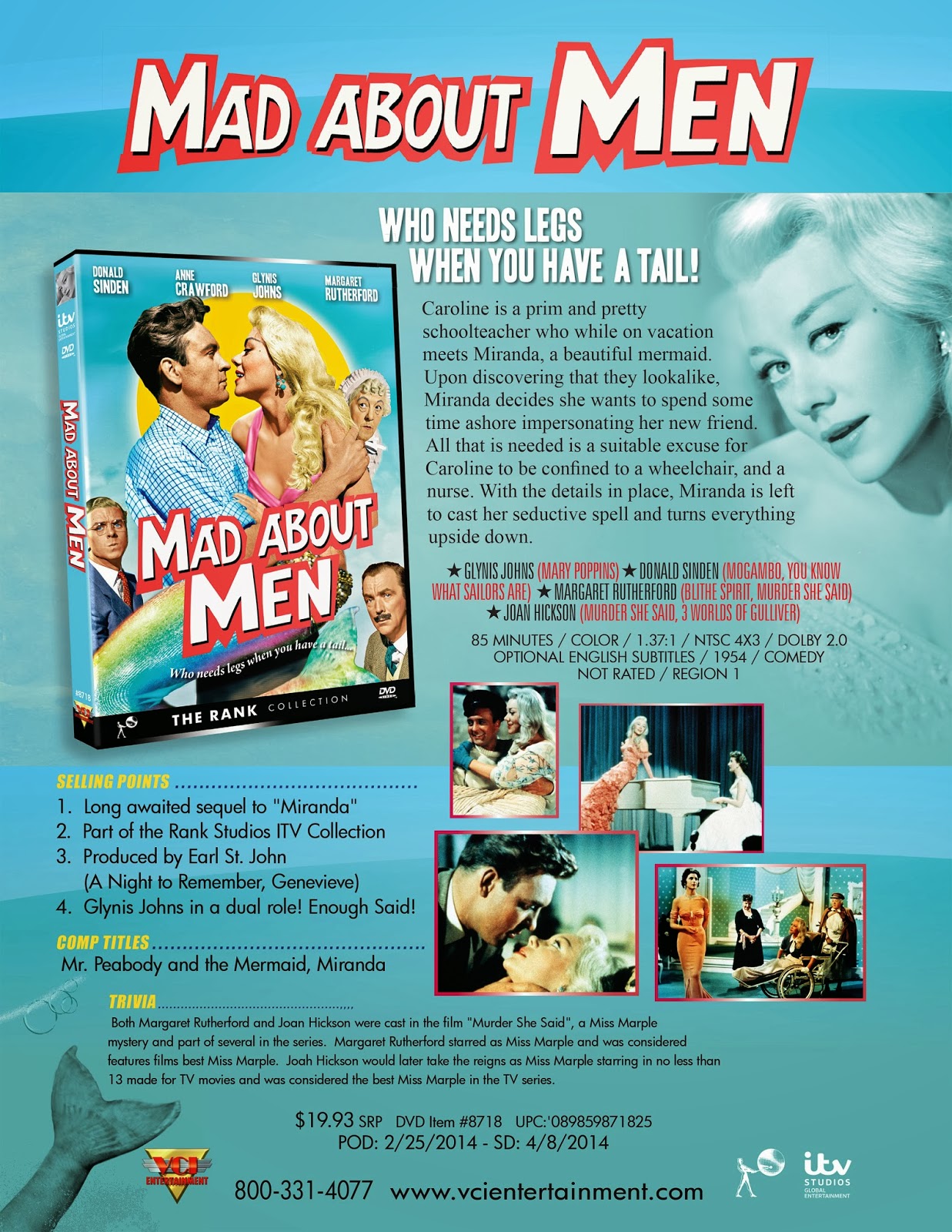