Capital Games On DVD From Breaking Glass Pictures On Feb. 11 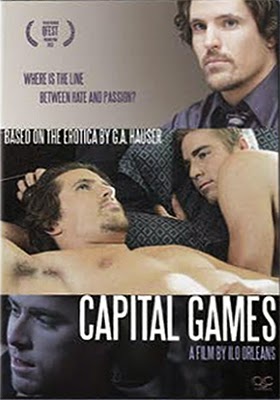 Actor-turned-director Ilo Orleans handled the film adaption, with Eric Presnall (as Eric in the Who Let the Dogs Out reality television series) taking on the role of Steve Miller, a form Los Angeles cop who turns in his badge — and his high stress job — for what he thinks in a more lucrative and far less stressful career in advertising.

He gets a rude awakening when he finds himself in direct competition over the landing of a key account that he’s been courting when an imported advertising and marketing “gunslinger” named Mark Richfield (Gregor Cosgrove), who comes complete with a smug attitude and a shrew-like fiancé in tow. 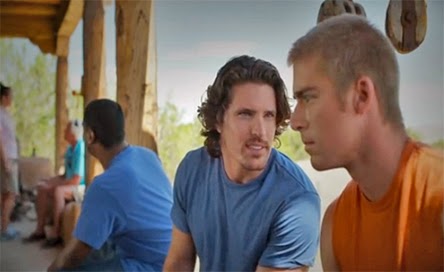 The agency head, wants to build them into a team and comes up with a retreat idea — “a team-building” challenge, if you will — in the rugged landscape of New Mexico (shot on location).   It is a simple idea, work together, overcome your conflict and mistrust of each other and everyone will be a winner.   What takes place between the two out there in the wilds will change everything … in a most unexpected way.