Cleopatra Music and Film Will Release The Blu-ray/DVD Combo Pack (with bonus CDs) Of Todd Rundgren's Utopia: Live At Chicago Theatre On Apr. 5 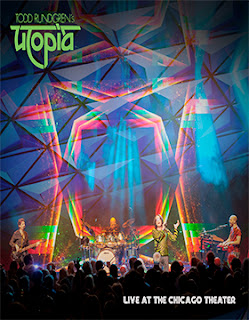 One magical night, 32 years in the making … John “Willie” Wilcox, Kasim Sulton and Todd Rundgren, better known to prog rock fans as the members of the ‘70s band, Utopia, reunited for one night at the famed Chicago Theatre on May 22 of this past year.   Gil Assayas standing in for Roger Powell on keyboards.

Cleopatra Music & Film, with sales and distribution expertise provided by MVD Entertainment Group, has tabbed Friday, Apr. 5 for the release of a Blu-ray/DVD Combo Pack presentation of Todd Rundgren's Utopia: Live At Chicago Theatre, which include a double-CD bonus.

The massive 24-song set kicks off with the 15 minute show-stopping rendition of “Utopia Theme” and then shifted to “The Ikon” … both from Utopia’s 1974 live album, “Todd Rundgren's Utopia.”   Fans would have gone into the night euphoric from just the opening 45 minutes, but Utopia was just getting warmed up. 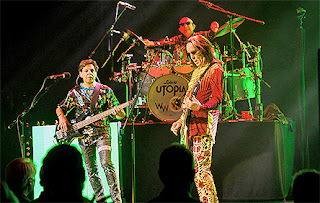 Also counted in the evening’s mix were “Another Life,” “Do Ya,” “Freedom Fighters,” “The Wheel” and more … a dazzling, unforgettable evening!!   Todd Rundgren's Utopia: Live At Chicago Theatre is a keeper come Apr. 5, which is timed to coincide with Todd Rundgren’s next world tour, which kicks off in Duisburg, Germany at the Theater Am Marientor on Apr. 1. 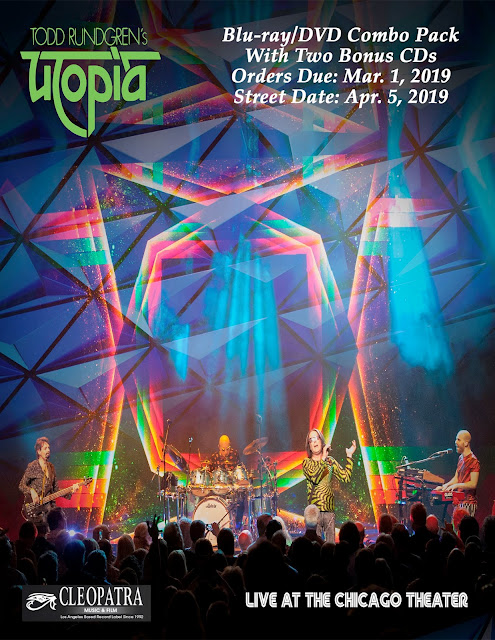