MVD Entertainment Group Will Bring Documentary Filmmaker Alexander Monelli's At The Drive-In To The DVD Marketplace oN Apr. 9 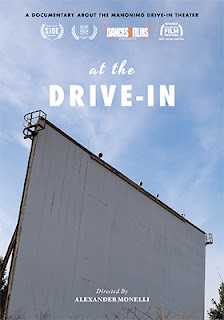 MVD Entertainment Group announced this past week that documentary filmmaker Alexander Monelli’s At the Drive-In will be making its way to the DVD marketplace on Apr. 9.

They were the rage in the 1950s and ‘60s, the neighborhood drive-in theatre.   Kids of the Baby Boom could be packed in the family automobile and make a family night at the movies, complete with hot dogs, pop corn and anything else that could be stowed in the car (include teens in the trunk).

But as the suburbs blossomed, so did property values and the need for strip mauls, apartments and homes.   The property value of an eight, ten or more acre parcel became more valuable than the business of showing movies … and one by one by they closed.

Filmmaker Alexander Monelli originally had in mind a film about drive-in theatres in general, but as he worked on the project he came across the die-hards of Lehighton, Pennsylvania and the Mahoning Drive-In.   Their story seemed to encapsulate the entirety of the lifecycle this unique theatrical venue.

First established in 1949, the venue stayed mainstream (meaning first run) as long as they could, but the day came when upgrades to the new digital projection methods and the money simply wasn’t there.

Close up, sell off the land and call it a day?    Never, the staff and fans of drive-ins rallied to the Mahoning Drive-In, volunteered their time and turned it into a retro boutique venue (meaning 35mm projection) and carry on.   At the Drive-In is their story in particular … and drive-ins in general.

Bonus goodies include commentary from filmmaker Alexander Monelli and deleted scenes.
Of note, the new season (April through the end of October) for the Mahoning Drive-In begins on Apr. 26 with the double bill presentation of The Wizard of Oz and Willy Wonka and Chocolate Factory. 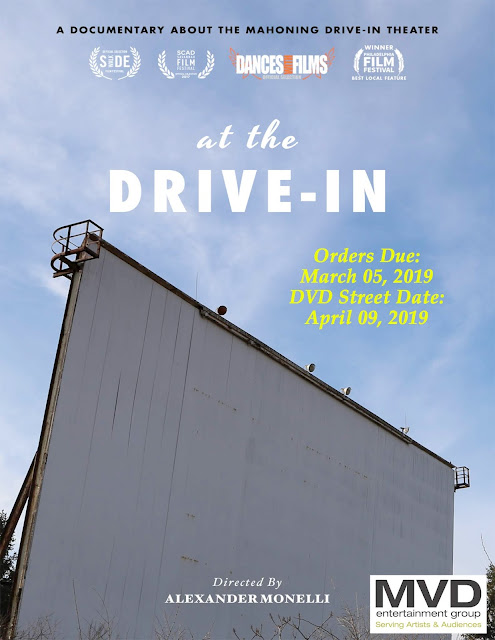 Email ThisBlogThis!Share to TwitterShare to FacebookShare to Pinterest
Labels: MVD Entertainment Group Will Bring Documentary Filmmaker Alexander Monelli's At The Drive-In To The DVD Marketplace oN Apr. 9