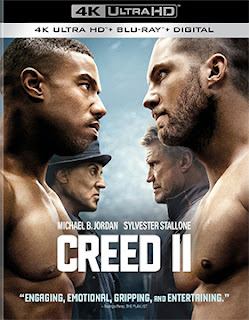 It was a one-two punch this week from Warner Bros. Home Entertainment as not one, but current theatrical hits got their marching orders for the home entertainment arena.

Creed II arrives as a three-SKU product offering — Combo Pack for both Blu-ray (with DVD) and 4K Ultra HD (with Blu-ray) and a stand-alone edition — and that first-Tuesday-in-March street date yields an ARR of 102 days.   Box office receipts for this eighth installment in the Rocky film franchise series (something like $1.7 billion in worldwide ticket sales since 1976) were a stellar $114.9 million. 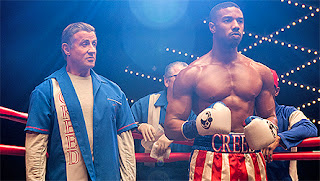 As to bonus features, the featurette titled “The Rocky Legacy” is common to all home entertainment packaged media release configurations.    Exclusive to the Blu-ray and 4K Ultra HD SKUs are deleted scenes and three additional featurettes — “From Father to Son, Blood Runs Hot,” “Finding the Authentic” and The Women of Creed II.”

The other theatrical blockbuster “punch” landed this past week by Warner Bros. Home Entertainment was the press announcement for director David Yates’ wizarding tale, Fantastic Beasts: The Crimes of Grindelwald. 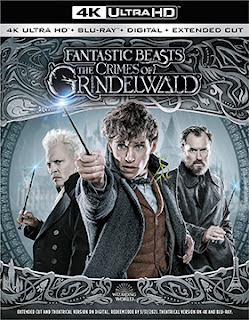 Its home entertainment launch follows one week after Creed II with a Mar. 12 street date.   The ARR works out to 116 days and domestic ticket sales generated during the Thanksgiving/Christmas holiday period were a toasty $158.5 million (already in the works is the third installment in this Harry Potter spin-off film series ... Thanksgiving of 2020).

Lined up as consumer purchase options for the release of Fantastic Beasts: The Crimes of Grindelwald are the same SKU configurations as Creed II — DVD and Combo Packs for both Blu-ray (with DVD) and 4K Ultra HD (with Blu-ray).