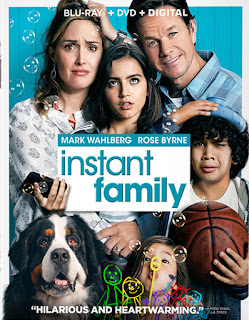 Ever since that bad boy Marky Mark guy of the ‘90s rock group Marky Mark and the Funky Bunch changed his ways and took up acting he has become “money in the bank.”    Of course the “Marky Mark” guy is Mark Wahlberg and his latest dramedy hit is writer/director Sean Anders’ Instant Family.

Word from Paramount Home Media this past week that Instant Family will be making its way to the home entertainment marketplace on Mar. 5 as both DVD and Blu-ray/DVD Combo Pack product offerings.

It arrives home with an ARR of 109 days and ticket sales were a solid $66.7 million.
Based on filmmaker Sean Anders (he previously teamed with Wahlberg for the two Daddy’s Home films) own experiences with adoption, Instant Family veers between comedy and drama and in doing so mirrors the tear-in-your-eye ups and heartbreaking downs of taking on the parenting of a teenager … with two younger siblings.

Pete (Wahlberg) and his wife Ellie (Rose Byrne — two-time Emmy nominee for her role as Ellen Parsons in Damages, plus such films as Star Wars: Episode II - Attack of the Clones, Troy, Insidious: The Last Key, X-Men: Apocalypse, etc.) seem to have everything.   They buy and “flip” homes, Pete’s a whiz at construction … it has, in many ways, become a successful livelihood, but without meaning, because it is just the two of them growing older; there’s no family.

Ellie is the first to recognize this and gets Pete to go along with the plan of attending a meet-and-greet session event at a foster care facility.   One thing leads to another and in short order Pete and Ellie take an interest in Lizzie (Isabela Moner — Sicario: Day of the Soldado, Transformers: The Last Knight), a troubled teen.

But, and this is a big BUT, social workers Karen (Octavia Spencer) and Sharon (Tig Notaro) inform the pair that the smart-mouth Lizzie has two younger siblings who are also in foster care as a result of their mother being a drug addict.   It’s like agreeing to take a kitten home and then being informed that the kitten has a baby sister that no one wants … “can you make a home for that baby too?”  How can you say no? 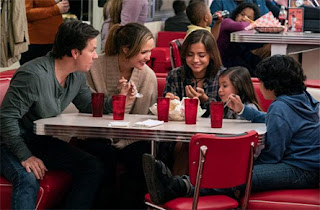 Pete and Ellie suddenly have an “instant family” and are very much in the deep end of the pool from the get-go.   The film could have been played as an updating of the 1968 comedy classic starring Henry Fonda and Lucille Ball, Yours, Mine and Ours, but instead filmmaker Sean Anders gives us both the good and the bad … all the moments of joy as well as the anger and frustration of a rebellious teenager who seems hell-bent on shredding all of Pete’s and Ellie’s good intentions. 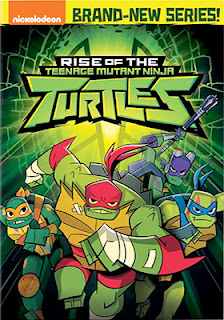 Bonus goodies, which are limited to the Blu-ray/DVD Combo Pack, include both and an introduction and commentary by writer/director Sean Anders and his co-writer John Morris (they have been working as a team since 2005), deleted and extended scenes, a gag reel, the music video by Isabela Moner titled “I’ll Stay” and eight featurettes — “Mr. and Mrs. Fix-It,” “Kid Power,” “I Need Some Support,” “Order in the Court,” “The Families Behind the Fair,” “Crew Inspiration,” “The Anders Family” and “On Set Proposal.”

Meet Raph, Leo, Donnie and Mikey, the ninjas-in-training in seven thrill-packed episodes that take place under the streets of New York City.   The neophyte ninjas discover that Baron Draxum rules the underworld with the help of the Oozesquitos and the creation of mutants is the Baron’s bag.   They also have to be on the lookout for the mutated chef by the name of Meat Sweats who is working on a secret recipe to cook the four turtles and in doing so gain their super powers … gulp!