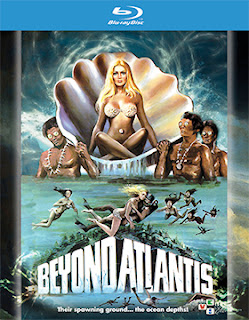 Last week it was John Ashley and filmmaker Eddie Romero and the news that VCI Entertainment had a new 2K restoration (from the original 35mm film negative) of Romero’s 1971 film release of Beast of the Yellow Night ready for a Blu-ray/DVD Combo Pack release on Feb. 26.

For genre-fans, with a hankering for collecting, viewing and enjoying the combined works of Ashley and Romero (they made one hell of a filmmaking team back in the 1970s), how do you match that?   Well, VCI Entertainment wasted no time in announcing their latest 2K film restoration (also from the original 35mm film negative), the 1973 mysterious island thriller, Beyond Atlantis, will be available as Blu-ray/DVD Combo Pack on Mar. 12.

Not only do you get pretty boy John Ashley (who also produced) as Logan, a diver (with questionable morals), but a true genre fan favorite in the form of Sig Haig as East Eddie, an all-around hustler, who sets things in motion when a local tries to sell him a handful of giant pearls. 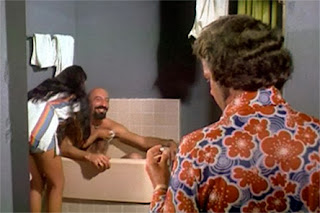 So East Eddie, Logan and other adventurers — another diver by the name of Vic (Patrick Wayne) and sexy “scientist” Dr. Katherine Vernon (Lenore Stevens) — set out on a treasure hunt and in time they learn that the island is not only ruled by Syrene, but the tribesmen she rules over are the living descendants of Atlantis!!! 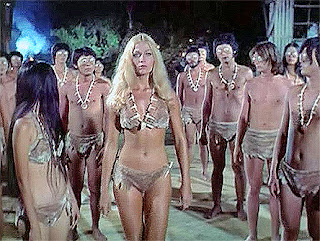 This is a marvelous horror/adventure/thriller gem from Ashley and Romero (call it “cheese,” if you will) that features two beautiful women in a fight to the death, treasure beyond imaging, a mutant civilization and an island where horrors await at every turn!

Bonus features include commentary by filmmaker and film historian Howard S. Berger, who is joined by Pinoy film historian and director Andrew Leavold (The Search For Weng Weng), plus vintage video sessions with the film’s stars, John Ashley, Leigh Christian and Sid Haig. 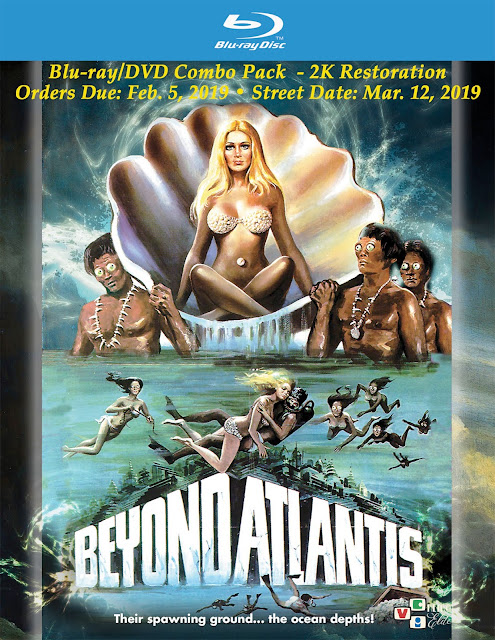