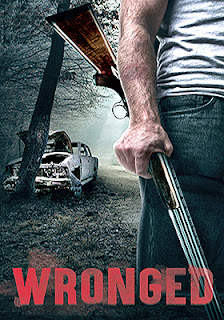 Where is the line?   The line that cannot be crossed … where, once crossed, no matter the reasons, there is no redemption!

Indican Pictures announced this past week that writer/director Nicholas Holland’s Wronged, a revenge/horror thriller, will be making its DVD debut on Feb. 26.

David (Shaun O’Malley — Deceitful) and his wife Andrea (Angela Roberts Johnson — Detroit Unleaded, Patience, a Twisted Love Story) have just experienced something that no parent wants to face, the miscarriage of a child.  Although they already have two other children, David has been struggling with personal issues and this is one of those “last straw” sort of things.

At the behest of their marriage counselor — who suggests they take some family time away from the normal grind — David and Andrea, along with their two kids, join his father and brother on a camping/hunting trip.   It will be peaceful, remote … a place to heal and a time to reflect on what is lost and what still remains. 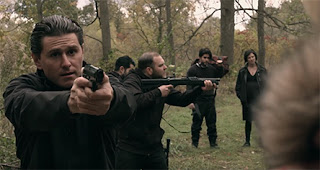 It seems like a perfectly reasonable thing to do.   Connect with family, enjoy the outdoors and take a break from the grind of the day, but no sooner do they settle in when a screw-loose savage by the name of John Vicard (Matthew Siman — Moving Parts) and his merry band of sadists descend upon David and his family.   Wrong place, wrong time and a man who thinks killing for sport is a nice way to pass the time.

For all the world, Vicard and his black-clad warriors look like paint-ball enthusiasts out for a weekend of fun and adventure, but in Wronged things quickly turn to the dark side as Vicard starts to make good on his promise that no one in David and Andrea’s camping party will leave the woods alive! 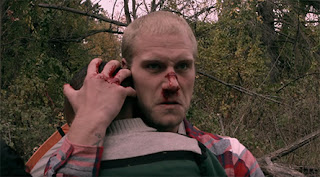 Once that line is crossed and blood is shed there is no turning back for a man already consumed with grief!   Wronged quickly becomes an eye-for-an-eye revenge thriller where ultimately there are no “good guys,” only those who survive and those who die.

In other release news this past week from Indican Pictures, writer/director Johnny O’Reilly’s multi-story tale of life, love and “other things” in Moscow, which is appropriately titled, Moscow Never Sleeps, will be making its domestic DVD debut on Feb. 12. 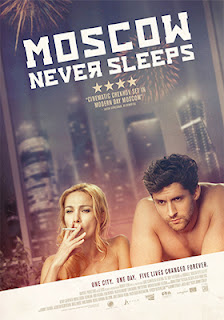 One thread of the story finds an aging actor by the name of Valery (Yuri Stoyanov) waiting out his final days (a terminal illness) in a Moscow hospital.  What a dreary way to die, so he takes it on the lamb, but ends up being kidnapped by a fellow named Arto (Rustam Akhmadeyev) and his cadre of misfits.   Famous actor equals money … but he’s dying, talk about a kidnapping not thought completely through.

Tangent to this is Valery’s son, Ilya (Oleg Dolin), who is literally obsessed with his former girlfriend, a popular singer, who is now involved with a wheel-dealer businessman by the name of Anton (Alexey Serebryakov) … he must have her back!   So stalk her he does.

The last thread of this wonderful tale involves a teenage girl by the name of Kcenia (Lubov Aksenova) and her stepsister, Lera (Anastasia Shalonko), who is on a mission to find her biological father … teenage girls on the streets of Moscow, how can that possibly to be a problem?

The cloth of the story is stitched together by filmmaker O’Reilly — with the city of Moscow as its star — weaving this way and that, but in the end making connections, sometimes in most unusual ways.

Moscow Never Sleeps is presented in Russian with English subtitles. 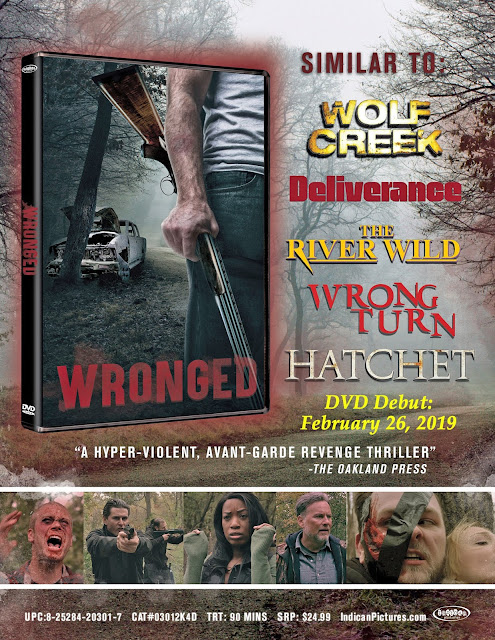